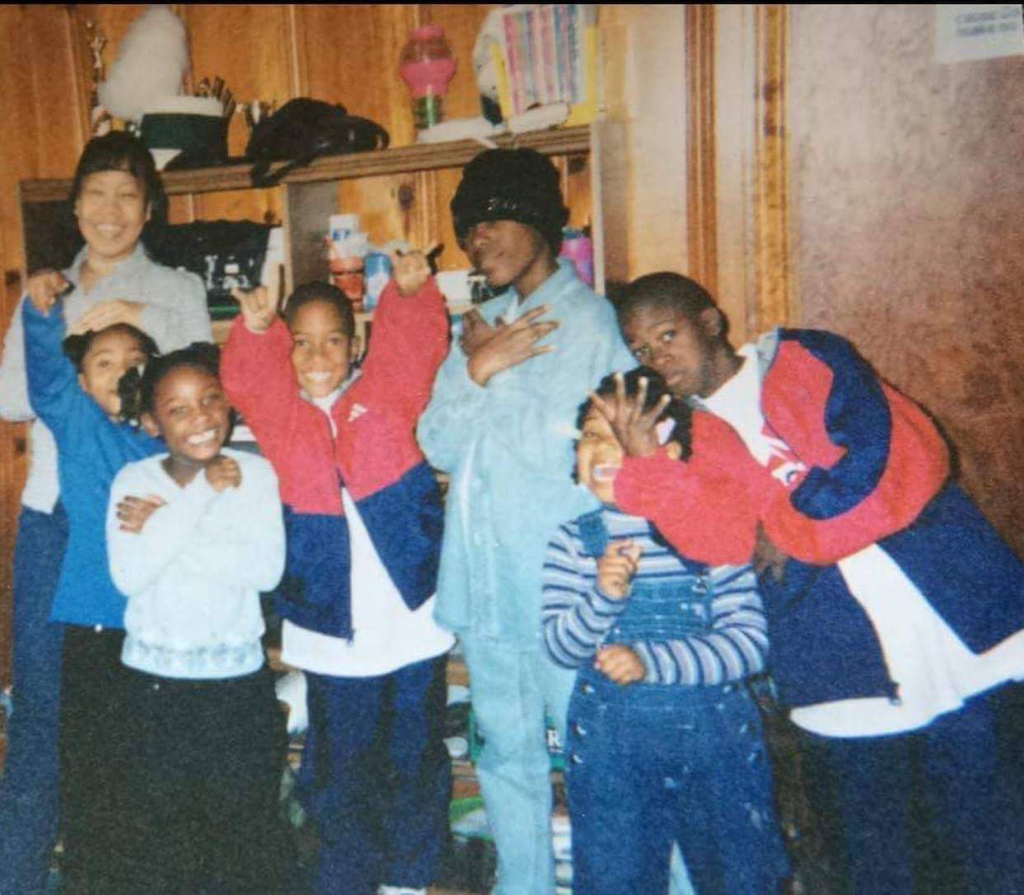 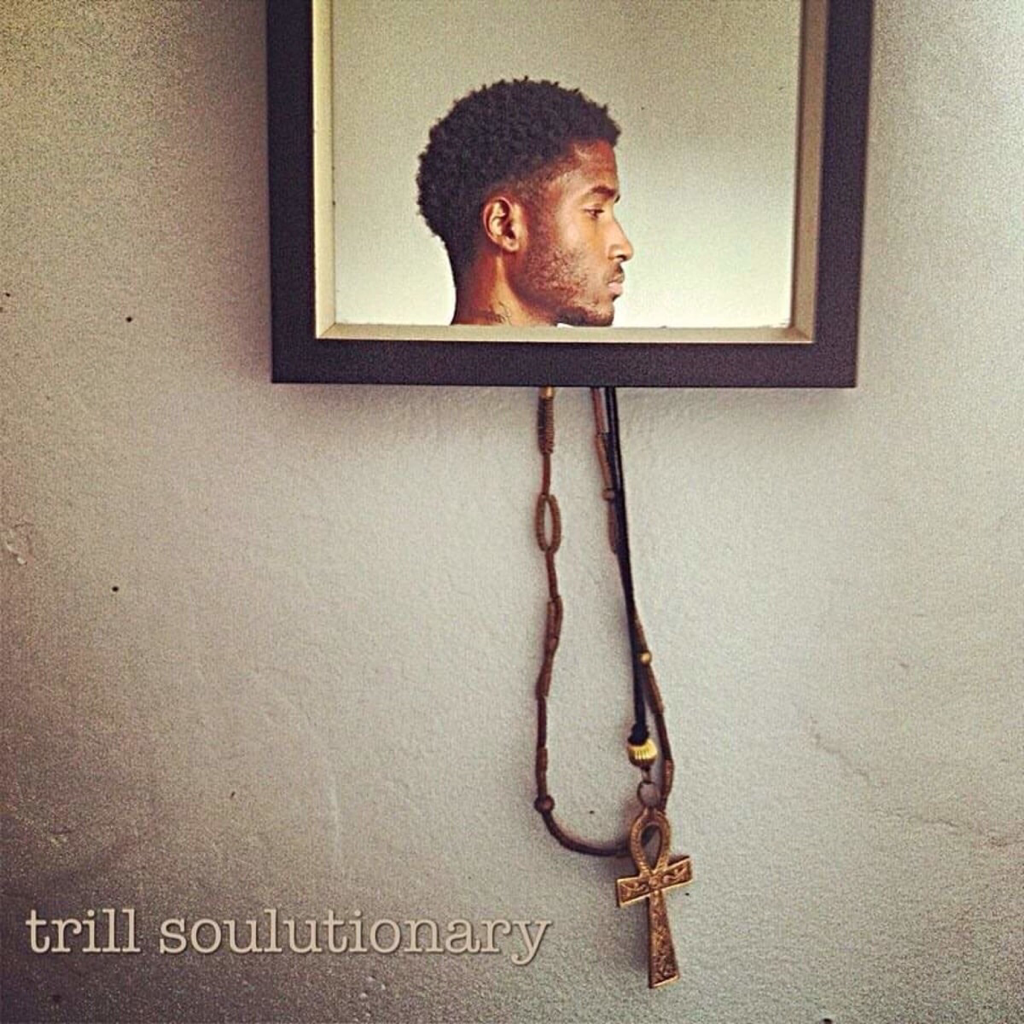 Arkansas emcee Trill Soulutionary “is a culmination of ideas reflected on that express a change I wished to see in the world” he says. This is exuded in every track we get from the eclectic emcee. Refusing to be boxed into one sound or one trope, Soulutionary wants listeners to walk away understanding there are multiple ways to tackle the human experience. With a project under his belt and outlets like Artist & Repertoire, Respect Mag and others covering him Soulutionary is leaving his imprint. Combine this with an appeal spanning across the country, Trill Soulutionary looks to release more content as we head further into the new decade.

From the beginning, Trill Soulutionary was picking up on the music and the culture it embodied. Whether it was at a BBQ, or absorbing the wide range of music his grandparents played, Soulutionary was enamored by the art form. “Surrounded by so many influencing sounds from different times as I grew, it feels like a natural transition for me getting into music.” he says. Soulutionary’s father also had an impact on the artist growing up, “He was the one that would kick freestyles off-the-dome while making jokes, poking fun at my brother and I, which provoked me to freestyle as well.” Soulutionary continues. Between the variation of sounds, the strong influence of DJ Screw & Nujabes and the amount of intellect required to freestyle, Trill Soulutionary’s approach to the music would be one of a kind.

Fast forward to 2013 and our hero began to see a personal growth in the freestyles he displayed. “...And within that reflection grew a confidence in the potential of a career making enjoyable, personal growth-oriented music.” Soulutionary says. Trill Soulutionary is not to be boxed into one particular sound or one particular flow or topic for that matter. Every verse is jam packed with references that might fly over your head during the first listen. This all culminates together on his project “Supa Dupa Frizzle” which released in 2015. The seven track project coming in at just under 20 minutes showcases the degree of uniqueness Trill Soulutionary brings to the table on every single track. Moreover the project has Soulutionary putting his growth and experiences on wax for the listener to absorb and learn from. “My subject matter is inspired by aspects of the objective outer world and a product of my own subjective inner world.” Trill Soulutionary says. 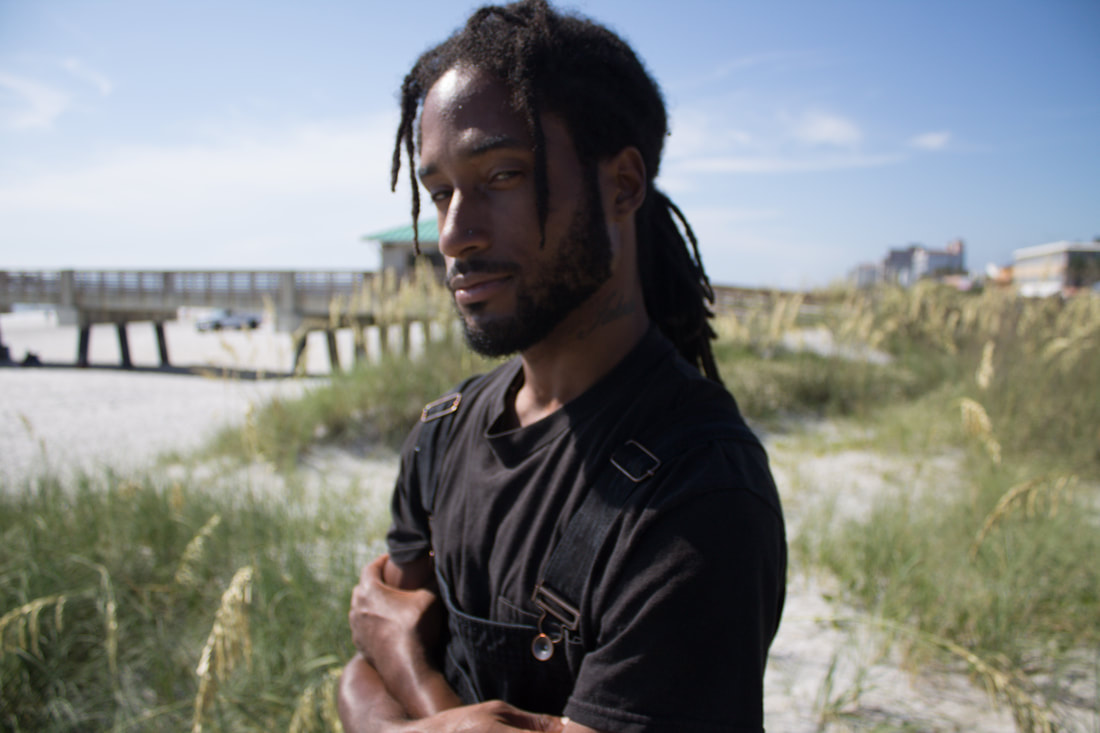 Photographed by Paulina Morning
I AM THAT I AM; THE RAISE OF TRILL SOULUTIONARY

What we are, is a culmination of who we are inside and the perception we hold upon the world.

Up and coming rap artist, Trill Soulutionary, born Diontaye Freeman, embodies this mantra within his music. Home to El Dorado & Little Rock, Soulutionary is putting Arkansas on the map through his intellectually fueled lyricism. His inclination to words has always been a trait of his. Since childhood Soulutionary would find himself rapping at a level that would be considered a dormant talent. As he matured, so did his lyricism and expression through music. It’s evident by the sound Soulutionary creates that he stands above many others in the rap game, not only by his ability over a beat or on the mic, but what he stands for as an artist and human being. The thought process to his genius, or more accurately, the method to his madness sets him apart from the oversaturation of rappers that constantly flood the industry. Soulutionary is in a lane of his own making, talented enough to know he’s one of the best, but humble enough to use it to impact the world rather than flaunt it.

This idealism of being a change in the world has given his music purpose, rather than being just a combination of words over a beat. He lives by these principles, and it is also a factor in his musical process. Soulutionary’s music is not forced nor made from a place void of meaning and conviction. He allows the beat to guide him on what it wants spoken over its composition. Many artists never listen to the beat but impose their will upon it. Soulutionary however takes a loose state of mind while listening with depth. Once the beat resonates within him, the words flow based on what thoughts the music inspires. The result is an artist that has transcended the levels that are the plateau of his peers and resides at a higher level. What makes Soulutionary’s music so captivating is the world within his mind. Given the purpose in his path and ideology, his music in turn reflects from the deep well of feelings harbored within him. Combining this with his imaginative mind, able to visualize his thoughts, it creates music that synergizes with any ear in its range.

Even with his intellect, Soulutionary did not hold the most resolve in his tenure at school and college. His grades at times went opposite to the genius that brews within him. But that said genius is what lead to him evolving the change that has brought him this far and will undoubtably carry him to greater heights within the rap game. Soulutionary did not take his shortcomings as a roadblock to his success, he instead took the time to know himself on a deeper level. With this, he understood his errors of the past and what was necessary in moving forward towards his dreams and aspirations. Soulutionary while not prone to encountering obstacles pursuing his music, does not let them hinder his growth pass them. His solution is simple yet works; he lets them go. Just as making peace with negativity brings positivity, so too does it transform obstacles into steppingstones to his success.

Soulutionary while still working on himself and developing the discipline in order to reach where he wants to be, is not slowing up on his music. He has garnered a following and is focused on continuing to grow while using his music to change the lives of his fans. Truly a man for the people and of the people. Very few artists hold themselves accountable in their music, but Soulutionary aims to be mindful of the energy he puts out into the world and how it may affect the lives of others. With such a strong conviction behind his lyricism, only a legendary path lies ahead for him. His performances went from high school talent shows displaying his freestyle ability to gigs and shows at larger events. The seeds have been planted for his raise in the rap game and soon to be harvested.

Soulutionary is currently promoting the release of his new single “Sauce" produced by 94 and engineered by Pyyro at RecordxStudios. The track is an affirmation of well-being and encouragement for anyone who needs a well to draw from. The young rap hopeful has the roots of legends like Nas, Nehru, and Rakim within him, and just like them, he is sure to become a known great within the hip-hop community.  Soulutionary, using everything he has learned thus far, is taking the time to focus on building himself and his brand even further. He is now dedicated to his education and mastering his musical craft while also learning the business and remaining humble but consistent with releases and networking.

Soulutionary is one to keep an eye on. He is set to mold a legacy that his family can be proud of, touching the world through his music to bring positive change for generations to come. His movement is one that would change the history of music. Be apart of his greatness.